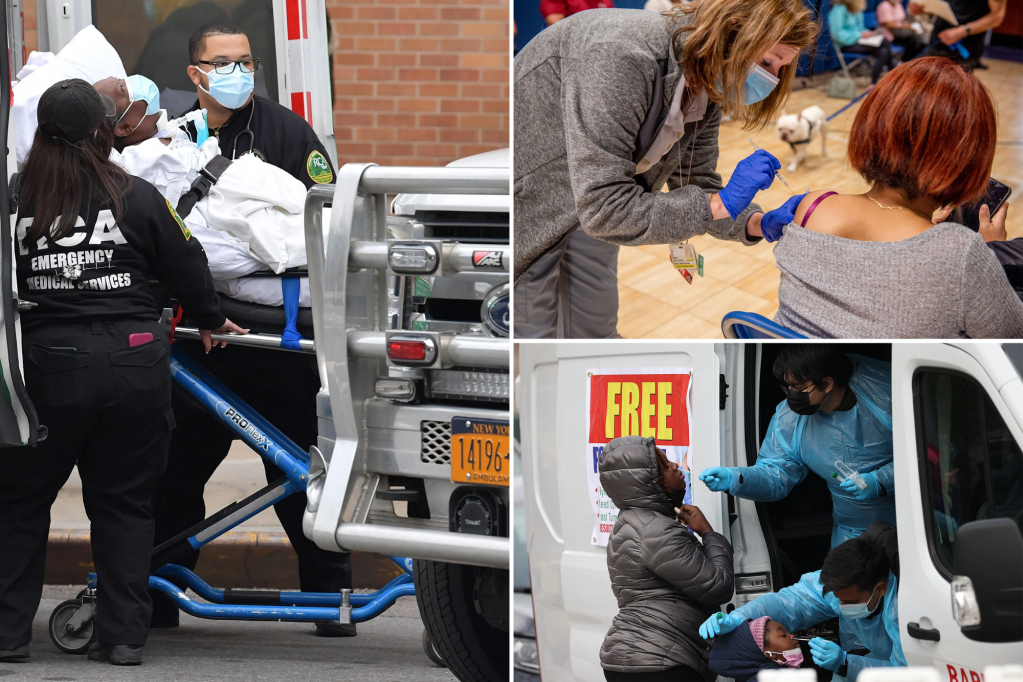 The rate of black New York City residents hospitalized during the omicron surge was more than two times higher than for white residents, a Health Department study released Wednesday found.

The racial disparity in the hospitalization rate was even higher during the latest COVID-19 omicron wave than prior and more deadly outbreaks, the city Health Department analysis said.

But looking underneath the hood, the study concluded that a host of underlying factors contributed to the higher hospital admission rates for blacks — including a history of structural racism that has led to poorer medical, educational and job outcomes for African-Americans.

For example, it took longer for black New Yorkers to get diagnosed for COVID-19 even before the omicron surge hit the Big Apple, the report said. Delayed diagnosis equals delayed care and more serious illness that land patients in the hospital.

“These extended times from COVID-19 symptom onset to diagnosis are driven in part by structural barriers such as decreased access to COVID-19 testing or time off work to seek testing, and likely contribute to delays in seeking and accessing care,” the report said.

Before omicron, national data also revealed that African-Americans were less likely than white Americans to receive life-saving COVID-19 treatments such as monoclonal antibodies.

Blacks also suffer from higher rates of chronic disease including diabetes, obesity, hypertension, and heart ailments — the type of underlying illness that increases the risk of serious infection and hospitalization. Before the pandemic hit, blacks had a four-year lower life expectancy than whites, the health department study noted.

Blacks, as well as Latinos, were also at a higher risk for COVID exposure because more of them are employed in front-line service jobs and did not have the luxury to work from home.

Because of these disparities, health officials under former Mayor Bill de Blasio implemented a race-based “vaccine equity strategy” that imposed mandates and prioritized COVID testing and vaccination efforts in predominantly black and brown and lower-income neighborhoods.

“We achieved significant progress in narrowing these equity gaps. Seventy-three out of the 74 ZIP codes that make up the Task Force on Racial Inclusion and Equity neighborhoods achieved 70 percent vaccination coverage for the full primary [vaccination] series by February 2022, compared to 14 out of 74 in July 2021,” the report said.

The department said it will continue its race-based equity strategy to reduce medical disparities for black residents.

But city officials during omicron were accused of neglecting white neighborhoods with lower vaccination rates in Staten Island and southern Brooklyn. The Department is now playing catch up under Mayor Eric Adams, by launching a $1.9 million education campaign to boost vaccination rates in Brooklyn’s orthodox Jewish neighborhoods as well as the south shore of Staten Island.