Cat survives murder suicide, and now has a new home 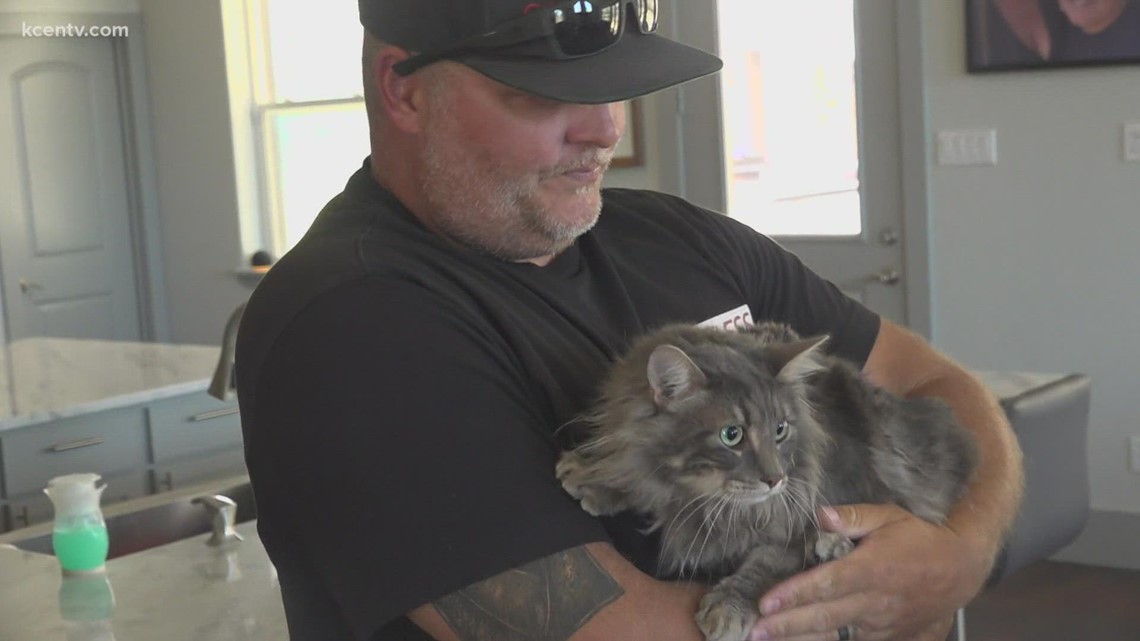 The cat was shot once in the chest and again in the lung.

KILLEEN, Texas — Kyli and Josh Abbatoye are used to cleaning up gruesome crime scenes around the local area, but they never expected to bring their work home.

In a recent work trip to Georgetown, Texas to clean up a suicide, the duo came across a cat that had been shot once in the chest and again in the lung still at the scene.

The cat’s owner was unsure how she would care for it and was considered putting ‘Little Man’ down.

“She said ‘I don’t have the money. I’m just going to take him to the shelter and have him put to sleep’,” Kyli Abbatoye said repeating what the owner told her.

The Abbatoye’s insisted to let them take care of the cat’s medical care.

Now, after a 48-hour stint in the emergency room, the cat has a new home and a new name.

The Abbatoye’s chose to call the cat ‘Bullet’. The vets were able to remove one bullet from the cat, but said if they removed the other, he wouldn’t survive.

Kyli said this isn’t just about saving a cat. She says their new friend serves as a reminder of the importance of mental health and suicide prevention.

“I called his bio mom to ask her if it was okay if we did this report and her and I both decided that if it saves one person, getting it out there that suicide is not the answer, makes it worth it,” Kyli told 6 News.

The national suicide prevention hotline phone number is 1-800-273-8255. No  one should feel alone or like they need to take their own life and the Abbatoye’s say it’s part of their mission to encourage people to help one another.

“We just feel like we’ve got to keep pushing forward and taking care of families and putting the word out there that there is help,” Kyli said.