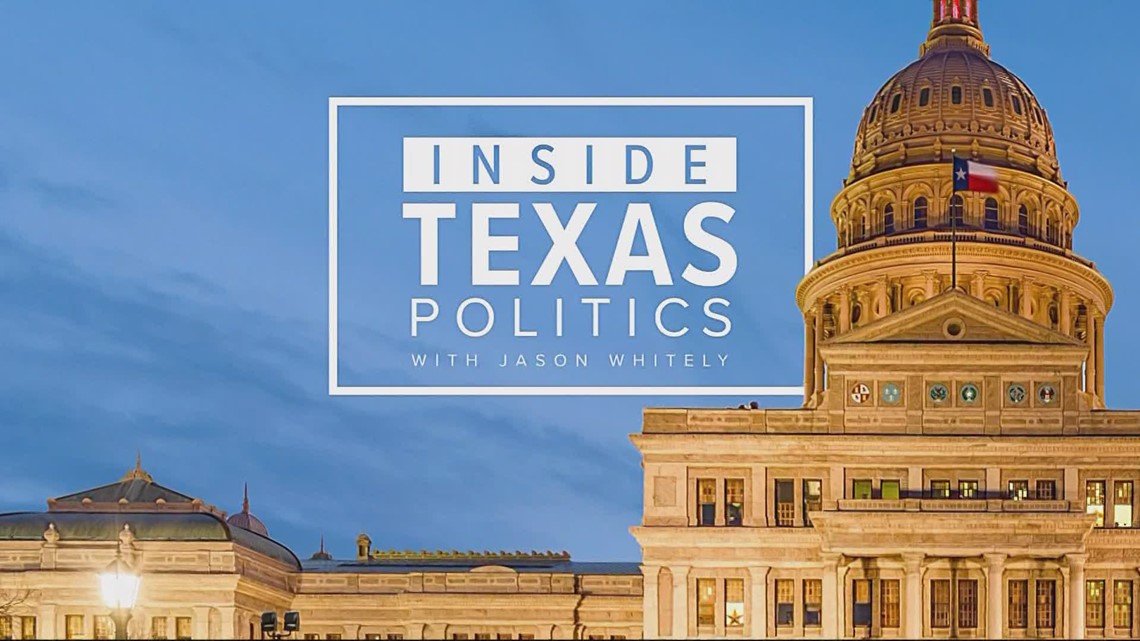 This week’s show also covered the latest updates on border security, a child abuse investigation at a foster shelter and more.

Inside Texas Politics host Teresa Woodard, filling in for Jason Whitely this week, talked with newsmakers from across Texas about the issues facing transgender children, the state’s natural gas industry and building permit problems in Dallas.

This week’s show also covered the latest updates on border security, a child abuse investigation at a foster shelter and more.

Watch the full show below. Here’s a recap:

Families of transgender children in Texas are in the middle of a political firestorm. The Governor and Attorney General Ken Paxton ordered agencies to report and investigate parents of transgender kids for potential child abuse if they sought gender-affirming care. A Dallas doctor sued UT Southwestern Medical Center, because the hospital closed its transgender youth clinic, the only one in the southwest. But in Austin, leaders say they want to make transgender kids feel safe, so they declared the city a sanctuary. We spoke to Mayor Steve Adler about making Austin from his office at City Hall.

Texas could be moving towards having more transparency in its natural gas industry. During a Senate “Business and Commerce committee” meeting last week, a bipartisan group of lawmakers showed interest in creating an independent market monitor.

State Sen. Nathan Johnson was part of that group. Johnson is a Democrat whose district stretches across the northern part of Dallas County.

He joined Inside Texas Politics to talk about the committee’s meeting and what the future might hold for an independent market monitor in Texas.

Problems with building permits in Dallas

The slow process of getting a building permit in Dallas has developers threatening to take their business to other cities. While it should take one to three days – some builders say it’s been taking two to three months, or longer!

And the delay is costing the city millions of dollars. Councilmember Paula Blackmon is leading the city’s new efforts to fix the problem. She chairs Mayor Eric Johnson’s Working Group on Permitting. Blackmon, who represents Northeast Dallas, joined Inside Texas Politics to talk about the group’s progress toward streamlining the permitting process in Dallas.

Ross Ramsey, the co-founder and executive editor of the Texas Tribune in Austin, joined host Teresa Woodard to talk about the biggest political headlines in Texas this week:

– The director of the Texas Department of Public Safety says that the Texas Rangers’ investigation at The Refuge, a Bastrop shelter for foster kids, has found no evidence of sexual abuse or assault. But he did say that nude photos of young girls were found there. An employee of the Refuge is accused of taking those photos. Details of the accusations came out during a federal court hearing.

The Texas Tribune reported on this story when the accusations came out. This investigation was lightning fast, and a lot of people are wondering how the Rangers can find nude pictures but say there isn’t any abuse?

– The Texas National Guard troops stationed on the border say that they’re acting as glorified and redundant security for big ranches. Gov. Abbott has shaken up the Texas Military Department this week amid a lot of criticism over what’s called “Operation Lone Star.” What’s going on with border security?

– Now we know that 23,000 mail-in ballots – that’s about 13% – were rejected for lack of ID numbers in the March primary. Is there still a problem to fix or is this how it was supposed to work once Senate Bill 1 became law?

– Texas is threatening companies like Chase and Wells Fargo not to divest from gas and coal, and the state Republican Party is warning Citibank not to help anyone go to another state for an abortion. And in the newspapers, 65 national corporations signed an ad calling for Texas to stop opposing LGBTQ rights. Is Texas still a pro-business state?