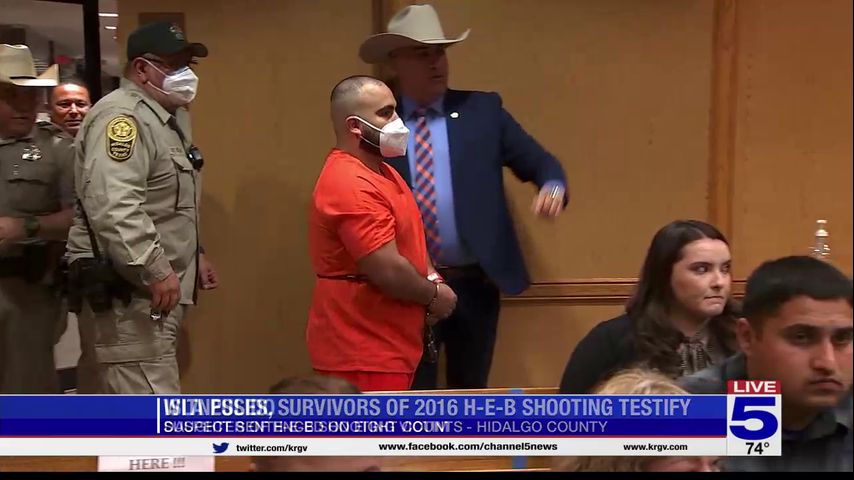 A Hidalgo County judge on Tuesday sentenced a man to two life sentences for killing a co-worker and injuring three others in a shooting at a H-E-B in Palmview in 2016.

Raul Lopez was convicted of killing one man and injuring several others last month.

On Tuesday, Lopez was sentenced on eight counts, two of which are life sentences, and six resulting in more than 10 years each.

It was an emotional day for families on both sides of the courtroom.

The witnesses and survivors of the H-E-B shooting of November 2016 took the stand to testify and recount what happened on that day. They also discussed how that tragic shooting impacted their lives mentally, financially and physically.

“We are very happy with the outcome,” said Isla Pulido, the eldest daughter of Mario Pulido, who was killed in the shooting. “ To this day, it’s been more than five years, overdue. We are very thankful that judge gave life.”

Pulido went on to say that mental health issues do not justify Lopez’s actions.

Channel 5 News spoke to more families involved, who said off-camera that they will continue seeking therapy to move forward in the most healthy way.

In the end, the judge explained to Lopez that he can appeal the decisions that were made Tuesday.