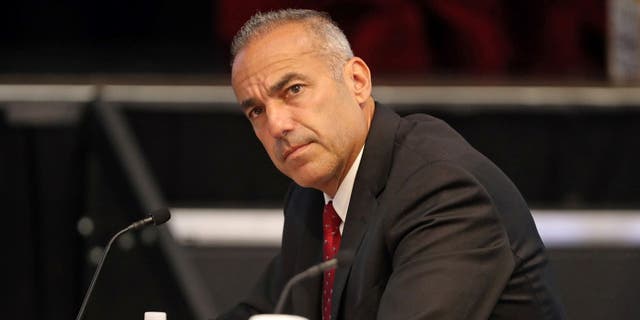 Andrew Pollack, whose daughter Meadow Pollack was killed in the Parkland school shooting in 2018, says several positive changes were made as a result of a commission launched by Florida Republicans to investigate policy failures stemming from the tragedy.

Pollack encouraged Texas Gov. Greg Abbott to see through a similar commission in response to the recent school shooting in Uvalde, Texas.

“On that commission was the head of the Florida Department of Law Enforcement, experts in security, lawyers, parents, police, sheriffs. And what they did, Rick Scott did, was put this commission together where they dissected everything leading up to this shooting,” Pollack explained.

PARKLAND VICTIM’S FATHER: IF WE CAN SEND $40B TO UKRAINE, WE CAN PROTECT OUR NATION’S SCHOOLS

“They went into the shooter’s background, what happened in his life, what mental facilities that he went to, the counseling, social media, they dissect everything. You can’t just look into the response that day.”

Pollack says he has reached out to Gov. Abbott’s office and offered to help organize a commission to address ways to prevent school shootings going forward.

The Parkland shooting commission provided an extensive list of recommendations in order to help prevent future shootings, including policies mandating “personnel to report all indicators of suspicious student behavior to an administrator,” making it clear that responding officers are expected to neutralize rather than “contain” an active shooter and ways of “hardening” school targets such as a “single point of entry containment system.”

PARKLAND SHOOTING VICTIM’S FATHER SAYS FOCUS ON GUN CONTROL, NOT SOLUTIONS, IS WHY THIS ‘HAPPENS’

Pollack says that changes should have been made after a 2018 shooting in Santa Fe, Texas, left eight students and two teachers dead and suggested Uvalde school district officials “never had read” the Parkland report.

“They didn’t read the Marjory Stoneman Douglas Safety Commission, and it would have saved all those kids’ lives,” Pollack said.

Shortly after Pollack spoke with Fox News Digital, Abbott called on the Texas legislature to establish a committee to “review what steps previous legislatures have enacted” and “what resources the state has made available to local school districts” in addition to providing recommendations on how policies can be improved in the areas of “school safety, mental health, social media, police training and firearm safety.”

Pollack explained that while a commission can study the breakdowns that led to school shootings, it is ultimately up to local school districts to embrace them.

“It boils down to the districts in the whole country, who’s elected into that district locally,” Pollack said. “All you hear about in Texas is they’re talking about the day, that day, the failure of the response. They need to look into the failures of the shooter and what happened prior to make changes.”

“We have ‘see something say something’ in Florida for kids to report on an app. In the state of Florida, kids can report these types of things, and they take it very seriously.  You threaten to shoot up a school in Florida, no matter what your age, you get arrested. They take serious any threats.”

Children run to safety after escaping through a window during the mass shooting at Robb Elementary School in Uvalde, Texas, May 24, 2022.
(Pete Luna/Uvalde Leader-News/Handout via Reuters)

“Regardless of what they say, the only thing they did was maybe register Democrat voters, but they didn’t make people safe in the state.

“The laws are in place, we need to fix the system.”

Authorities in Uvalde have revealed some potential gaps in school shooting protocol, including the school not being locked down after shots first rang out, a school resource officer assigned to the school not being present at the time of the shooting and police treating the shooting as a barricade situation rather than an active shooter situation which appears to have delayed their entry into the classroom where the shooter was located.

Gov. Abbott’s office did not immediately respond to a request for comment from Fox News Digital about the possibility of a commission being formed in the future.