The critical actions and moments in the E.R. that saved Mike Welch’s life 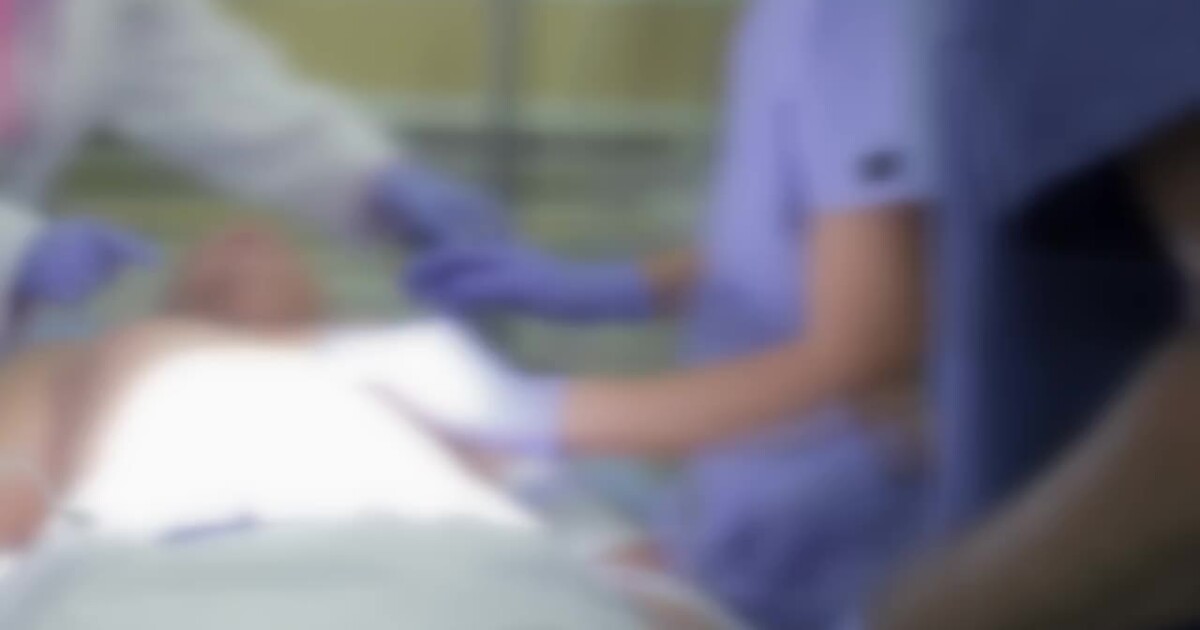 WOODLAND PARK — When Mike and Lezlee Welch arrived at the emergency room at UCHealth Pikes Peak Regional Hospital in Woodland Park in the early morning hours of Feb. 1, Mike’s future was very much in question.

As soon as Lezlee parked at the emergency room door and was getting out of the car, Mike went into cardiac arrest. His heart had stopped beating and he wasn’t breathing. Fortunately, he was in the hands of Dr. Miguel Sandoval and the emergency department team within seconds.

Dr. Sandoval clearly remembers Mike’s condition when he first saw him: “At that point he had no pulse and I started compressions. When you have no pulse and you code in the waiting room, that’s the next step – compressions.

Lezlee says she realized she needed to step away. “I was in the treatment room and I realized my purse and my car was still out front of the emergency room. The car was still running and the doors were open, so I went to call my son and move my car.”

A lot happened in the few minutes Lezlee was gone. Dr. Sandoval says, “We did get him up on the monitor and did a couple minutes of CPR. He wasn’t breathing and he was in what’s called ventricular fibrillation or V-fib. It’s something common for folks that are having cardiac issues, but it’s a deadly rhythm and fortunately it (V-fib) usually responds well to shocking.”

The needed equipment was right there and Dr. Sandoval says, “We defibrillated him and after that continued another two minutes of CPR.”

With his heart beating again next came the work of getting Mike ready to be flown to UCHealth Memorial Hospital Central in Colorado Springs.

“We had had a hard time getting a line in him, so I did put in an intraosseous line,” says Dr. Sandoval. These are also referred to as an IO line, and a mainstay of resuscitation and used when peripheral IV access is either not possible or time-intensive.

Dr. Sandoval explains, “With an IO we basically drill an IV with a needle into his shin bone; it’s a pretty common thing that we will do if we have a hard time getting a line in a patient quickly. After we got the line in and we gave him some fluids, we gave him a medication called epinephrine – or adrenaline to help prevent him from going back into cardiac arrest.”

When Lezlee got back into the treatment room from moving her car and calling her son just a few minutes later, she says she got some surprising news. “They said, ‘We got him back’ and honestly at that point I didn’t know he was gone, so I was like, ‘OK?’ They had the intraosseous line in his leg with the needed medication. They had him breathing and they were getting ready to intubate him, and they had already called the helicopter.”

While Mike was breathing on his own and his heart was beating at the point, Dr. Sandoval says he was far from stable. “With that in mind I did move toward intubation. That’s putting a tube down his throat to breathe for him, to help control the airway and make sure that he’s getting enough oxygen. When a patient is in flight, you want to make sure you have a controlled airway that you don’t lose en route, because that would become a much more dangerous and scary scenario.”

While Mike wasn’t at Pikes Peak Regional very long, the impact of the care he received and the the way the staff helped Lezlee through it all made a big impact. Lezlee says, “I would say top to bottom the time at Pikes Peak Regional Hospital was 20 minutes. It was an amazingly fast ride, and those people mean a lot to me. There were four of them in there, (Dr. Sandoval) the nurses were Sharon and Peg and the (tech) was Sara.”

It was Sara that Lezlee said held her hand and gave her hugs and words of encouragement. “Sara was the one who touched me the most. She got his wedding ring and gave it to me – and that meant a lot.”

Lezlee says, “My son and I drove down; I asked him twice if he was speeding and he said no. Somehow we beat the helicopter, we heard it land on the roof and the emergency room department staff at Memorial Central were so nice, to run back there and find out if they had gotten Mike settled in a room and get us back there as soon as possible.”

At Memorial, Mike was stabilized. He eventually went to the cath lab under the care of interventional cardiologist Dr. Cihan Cevik. Cevik placed a stent placed in Mike’s heart to clear his blocked left anterior descending artery. Mike says he remembers none of it – and considering the work that was done on him to bring him back to life, that’s probably a blessing except for one thing: Mike says, “The helicopter ride, I hate that I missed that. I’m sure it’s beautiful scenery flying from Woodland Park to the Springs.”

Within a day, Dr. Sandoval says he got word that Mike had quickly stabilized and was on the road to recovery. “When I got the message it was less than 24 hours later. He had been extubated – so they took the breathing tube out and I was blown away. You don’t normally see that kind of outcome; it was awesome.”

In our next story the lessons we can all learn from Mike and Lezlee’s experience and the reasons why this outcome has also had a profound impact on Dr. Sandoval and everyone who played a role in his care.

UCHealth is a proud sponsor of Your Healthy Family