The liquid in Johnny Depp’s water bottle is yellow because it’s filled with a vitamin and energy supplement, source says 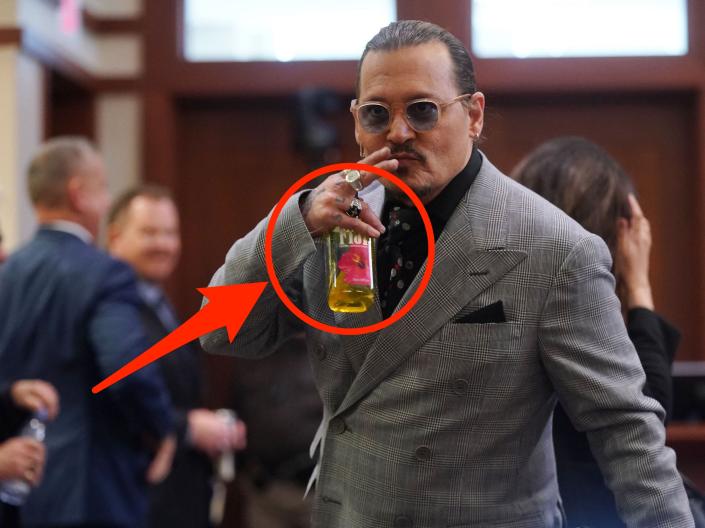 Johnny Depp brought a Fiji water bottle full of a mystery yellow liquid to his defamation trial against his ex-wife Amber Heard on Thursday.

Depp generally drinks clear liquid during his court appearances in Fairfax, Virginia, so having the yellow liquid on Thursday was a bit unusual. It turns out there was reason behind the switch.

“It’s Berocca in water,” a source close to Depp told Insider, referring to the brand of energy- and vitamin-supplement tablets that turn water an orange-yellow color.

Depp accused Heard of defamation in a 2019 lawsuit after she wrote a 2018 op-ed article in The Washington Post saying she was a domestic-violence victim.

The “Pirates of the Caribbean” star argued Heard’s article damaged his career, though she didn’t mention him by name.

Heard countersued Depp, accusing him of assaulting her before and during their marriage, which ended in 2016.

Read the original article on Insider