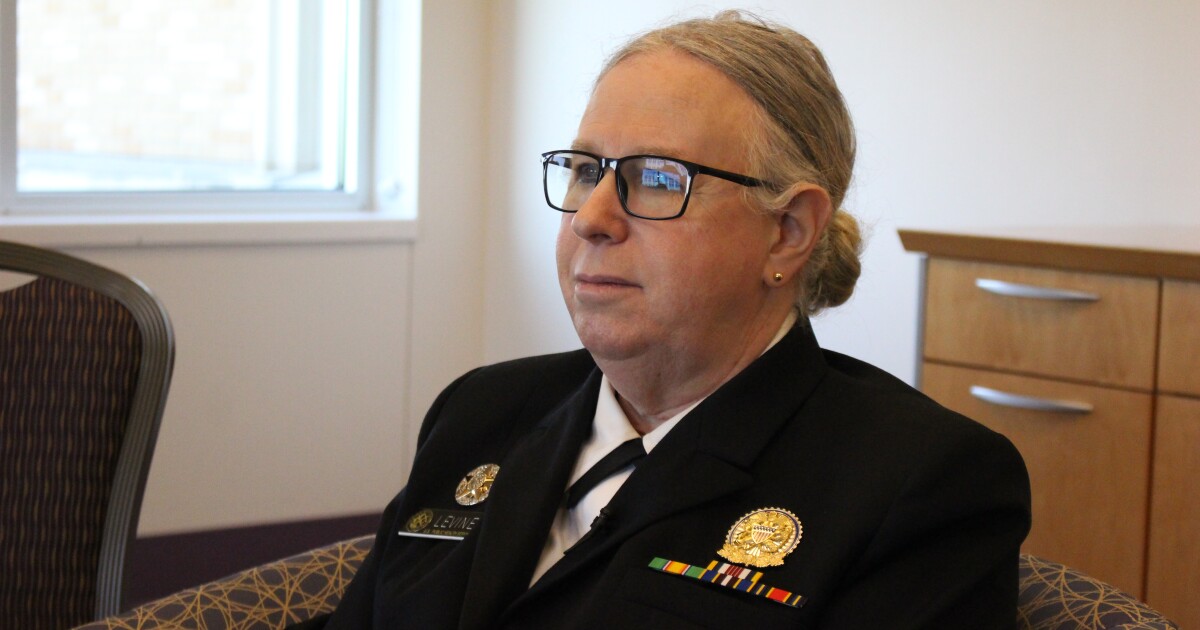 “I firmly believe that these actions and these laws are politically motivated, but they are harming very vulnerable trans youth and gender diverse youth and their families,” she said. “I think that it is time to stand up, to speak out, and I’m taking the opportunity … to do exactly that.”

Levine, the highest ranking trans person in government, spoke at the annual Out for Health Conference, a gathering organized by health science and medical students in Texas. It was held this year at Texas Christian University in Fort Worth. Levine originally was scheduled to speak at the conference remotely.

“What I’m asking for for medical students and physicians throughout the country is to get involved,” said Levine, who is the assistant secretary for health in the Department of Health and Human Services.

Major medical groups like the American Medical Association recognize and support evidence-based, gender-affirming care for patients under 18, and have spoken out against efforts to stop it.

Over 100 anti-trans policies have been passed by states since last year.

Both men were facing far-right primary challenges for re-election at the time; Paxton is currently in a runoff that ends on May 24th.

Abbott’s investigation order was halted by a lower court. Paxton has asked the Texas Supreme Court to rule on the issue. Meanwhile, family services workers have resigned and families of trans children are leaving the state.

Vandana Garg, a TCU medical student and one of the organizers of the conference, said the point of Out for Health is to raise awareness of LGBTQI+ health “so that we can leave this conference with the knowledge of ways that we can help our patients in the future and support them in any way that we can.”

As the most prominent trans person in the federal government, Levine has become a target for Paxton on social media. He misgendered her on Twitter, prompting the social media company to label his tweet as being flagged for “hateful conduct.”

KERA News is made possible through the generosity of our members. If you find this reporting valuable, consider making a tax-deductible gift today. Thank you.