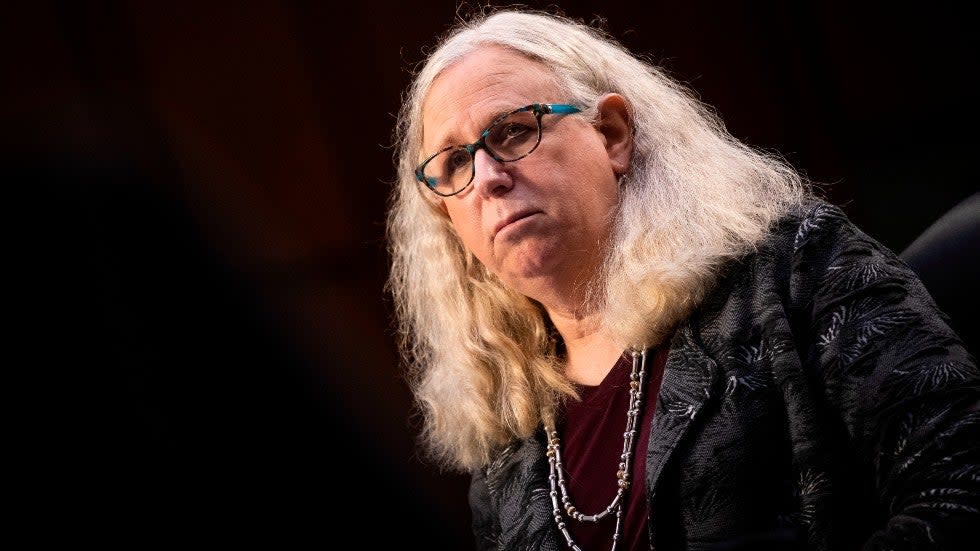 Twitter flagged a Thursday tweet posted by Texas Attorney General Ken Paxton (R) in which he misgendered U.S. assistant health secretary Rachel Levine, but left the post up on the platform.

Paxton was responding to an article from USA Today in which the outlet named Levine, who is transgender, as one of its Women of the Year.

“Rachel Levine is a man,” Paxton tweeted in response on Thursday.

Twitter flagged the post, saying it violated platform rules about “hateful conduct,” but added that the company “determined that it may be in the public’s interest for the Tweet to remain accessible.”

The company’s decision to flag the tweet but also keep it accessible drew some scrutiny.

GLAAD said Paxton’s tweet was “malicious harassment of Dr. Levine” and should be removed.

“This intentional attack violates Twitter’s own policy against targeted misgendering, but it has not been removed,” the organization tweeted on Friday. “@Twitter must enforce its own policies.”

Levine last year became the nation’s first openly transgender person to be confirmed by the U.S. Senate to a federal post. She also serves as an admiral in the Public Health Service Commissioned Corps, which includes more than 6,000 people who respond to public health crises and natural disasters.

Earlier this month, the American Civil Liberties Union of Texas and Lambda Legal filed a lawsuit against the state on behalf of the mother of a transgender teen who says she was investigated by the Texas Department of Family and Protective Services.

A Texas judge last week rejected an appeal from Paxton in the case.