What to Know About Shilajit, the Ayurvedic Supplement That’s All Over TikTok 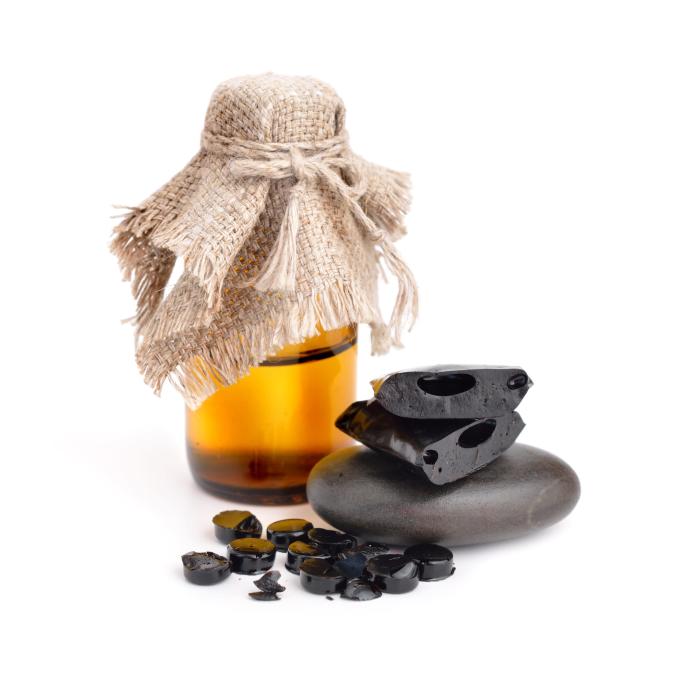 If you spend any time on the holistic health side of TikTok, you might have started hearing about something called shilajit. Often ingested in a resin form, shilajit is sourced from the Himalayas and has been used in Ayurvedic medicine for thousands of years. Along with a rise in popularity and more attention, however, comes more misconceptions about shilajit and a greater likelihood that the shilajit products you see on the market might not be the safest or best option for you.

We’ve seen this before, with practices like saging and supplements like turmeric: a tendency for the Western wellness industry to co-opt traditional wellness practices, package them like they’re a brand-new find, and erase much of their context and history. The result? “Mainstream” wellness brands profit off a practice or supplement without acknowledging its origin, which is harmful to traditional practitioners as well as consumers, who might lack full understanding of what it is they’re using. This is not to say someone can’t use these practices or substances. But when doing so, it’s essential to acknowledge their histories and traditional uses – and to be conscious of who you’re buying from.

That brings us back to shilajit. When you see this substance advertised online or in a store, you might not realize that, like many Ayurvedic approaches, “shilajit would never really be used alone,” says Anand Dhruva, MD, an integrative oncologist and Ayurvedic practitioner at the UCSF Osher Center for Integrative Health. Traditionally, shilajit would be “one component of a more holistic approach,” he explains, which could also include changes to your lifestyle and nutrition along with other herbal medicines. While shilajit has its own specific benefits, it’s meant to be part of a larger practice designed with the help of an Ayurvedic practitioner.

What Is Shilajit? Uses and Benefits

Shilajit is a substance, often used in a sticky, resin-like form, that “exudes from the rocks in the Himalayas, particularly in the summer,” Dr. Dhruva tells POPSUGAR, describing it as “a natural medicine.” In Ayurveda, he explains, shilajit is a rejuvenative medicine. It can be helpful for increasing energy, as well as promoting sexual health, bone health, and health of the urinary system. In studies, shilajit has been shown to increase testosterone and address infertility by increasing sperm count.

However, Dr. Dhruva points out that shilajit shouldn’t be seen as an “immediate remedy” to a health problem, even if it is related to the affected bodily system. If you wanted to boost your energy, for example, an Ayurvedic practitioner would typically look at multiple facets of your life to determine the cause of your low energy and a plan to address it. “We’ll look at the diet, physical activity, practices like yoga and meditation,” he says. “Then it might be appropriate to take a supplement or a natural product like shilajit in addition to all those things.” Long story short, shilajit is typically used as part of a broader, holistic system to address your health, and you shouldn’t expect to see immediate or dramatic effects from the supplement alone. “Herbal medicines or natural medicines tend to be more subtle,” Dr. Dhruva says.

Related: A Guide to Vaginal Discharge: What the Color and Consistency Actually Mean

How Should I Take Shilajit?

You usually ingest shilajit by dissolving it in a liquid, as is typical in Ayurveda, Dr. Dhruva says. You could use water, but dissolving shilajit in milk is one of the traditional ways to consume it. “Milk is considered a nourishing substance and shilajit is a nourishing substance, so you’re combining them together to produce a conducive effect,” he explains. It’s meant to augment the effects of the substance.

Despite dosage estimates that you might see on websites, shilajit dosages are “very individualized,” Dr. Dhruva stresses. As with any supplement, you should ask your doctor before you start using shilajit, but you should also consult with an herbalist, Ayurvedic practitioner, or an integrative medicine physician to determine the right dosage for you, along with other guidance. “They can determine whether shilajit really is the best option,” Dr. Dhruva explains. “And if it is shilajit that’s to be taken, they can determine how to combine it with other approaches.”

A practitioner with experience in Ayurveda can also help you find shilajit that is safe, purified, and of good quality. Dr. Dhruva notes that any kind of supplement, including shilajit, should be tested for heavy metals and microbial contamination. Reputable companies should report the results of the testing on their website or on a phone call. Shilajit is not FDA-certified, so it’s especially important to do your due diligence before using it. It may also alter your hormones and increase the amount of iron in your blood, so people with hemochromatosis (an excess of iron in the blood) should avoid taking shilajit.

So, shilajit is not the quick fix you might see it marketed as. (And, while we’re on the topic, a quick reminder that it’s always worth being wary of any product that promises fast, dramatic changes when it comes to health.) That said, it has been shown to benefit your health in a number of ways, with positive effects on energy, sexual health, and fertility, and can certainly be one element of a plan that can boost your wellbeing. Just make sure you do your research – and consult with a doctor and an Ayurvedic practitioner – before jumping in.