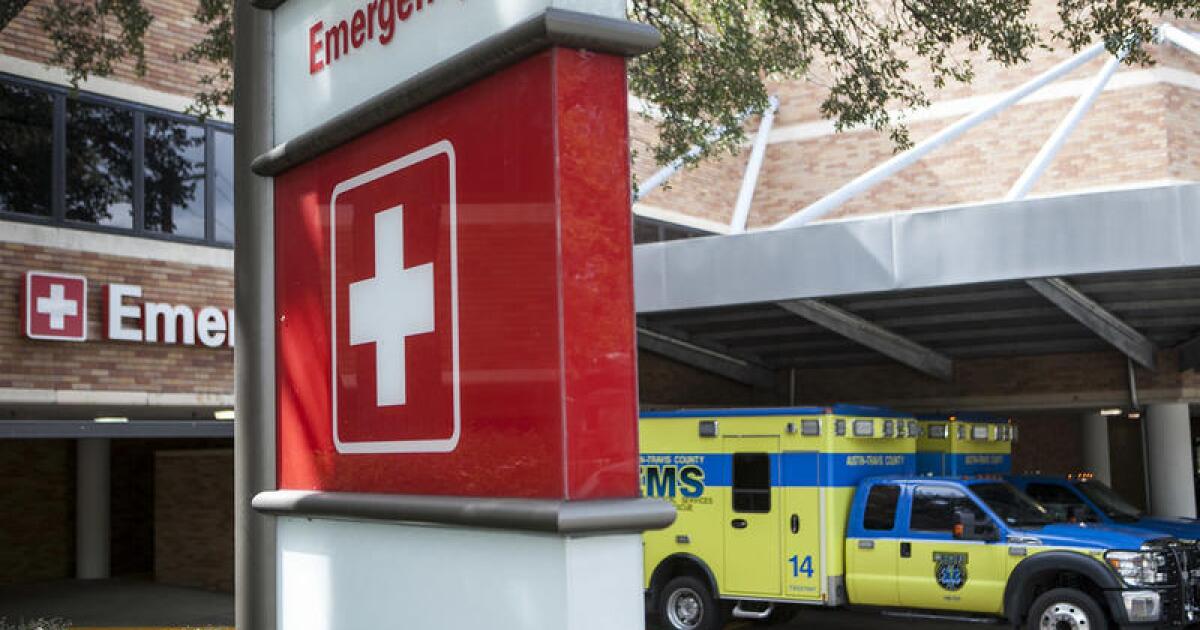 COVID-19 cases and hospitalizations have decreased since the beginning of 2022. But health officials in hospitals serving low-income communities warn that if the state saw another surge and did not have the same funding for the uninsured, their accessible care could be limited. Texas has the largest uninsured population of any state in the country.

Most recently, a bill providing $10 billion in COVID-19 relief funds – which did not include funding for hospitals that care for uninsured patients – was blocked in the Senate.

Rebecca Carballo is a business and health reporter for the Houston Chronicle. She spoke with Texas Standard about the effects of the reimbursement funding ending. You can read her reporting on the issue here. Listen to the interview in the audio player above or read the transcript below.

This transcript has been edited lightly for clarity:

Texas Standard: Can you tell us the significance of this loss of federal funding and who will be hit hardest?

Rebecca Carballo: This is going to hit safety net hospitals the hardest. So, hospitals that have a very high number of uninsured patients. Basically what their sort of model is, is they’re going to treat patients regardless of whether they can pay or not. And during the pandemic, that was manageable because of these reimbursements. Harris Health, here they received, during the pandemic, $200 million in these reimbursements. And now that that’s gone, they’re going to have to absorb those costs. And if there’s another surge, that might not be as manageable.

What are the concerns you are hearing from hospitals surrounding this loss of funding?

Basically, what public health officials have been harping on is that we’ve been ill-prepared for previous surges. If you think of omicron, a lot of people walking around maskless and kind of in their minds, COVID-19 was over. And public health officials were warning about a holiday surge. But then the omicron hit and it overwhelmed the system again. So, they’re worried about something like that.

What will health care providers do in the event an uninsured person with COVID-19 comes to them for treatment?

They’ll still see the patient regardless of their ability to pay – if there is a safety net hospital such as Harris Health Systems. If they’re not a safety net hospital, maybe there’s a sliding scale type thing but likely patients will get strapped with very large hospital bills if they’re uninsured. These safety net hospitals, while they’re trying to serve as many people as they can, if there’s another surge over time, they might have to scale back services.

Is there any attempt to restore some of this funding at the legislative level?

There was a $10 billion COVID relief bill that almost got through the Senate, as you mentioned. But a lot of public health experts and policy analysts are saying that that probably won’t be enough to cover the uninsured population. So as of now, it doesn’t look like there’s a ton of legislative solutions for that. I mean, there still are federally qualified health clinics that can do outpatient things that have multiple sources of funding. So, if you needed something like a vaccine and you’re uninsured, you can go to a federally qualified health clinic and get one for free, likely, or a test and things like that. So there will be other ways to get those preventative measures. It’s just sort of if you need to be hospitalized and you need treatment in the hospital, that is sort of where it’s falling short.

What comes next as far as funding for these providers?

Right now, it’s very much a wait and see. The most recent package was blocked, so it’s kind of just kind of having to keep our ears to the ground and see what’s coming next.